Caeleb Dressel will wear the infamous Speedo 2008 Fastskin LZR Racer “super suit” next month as part of an exhibition event designed to see how fast a man can go in water with no restrictions. 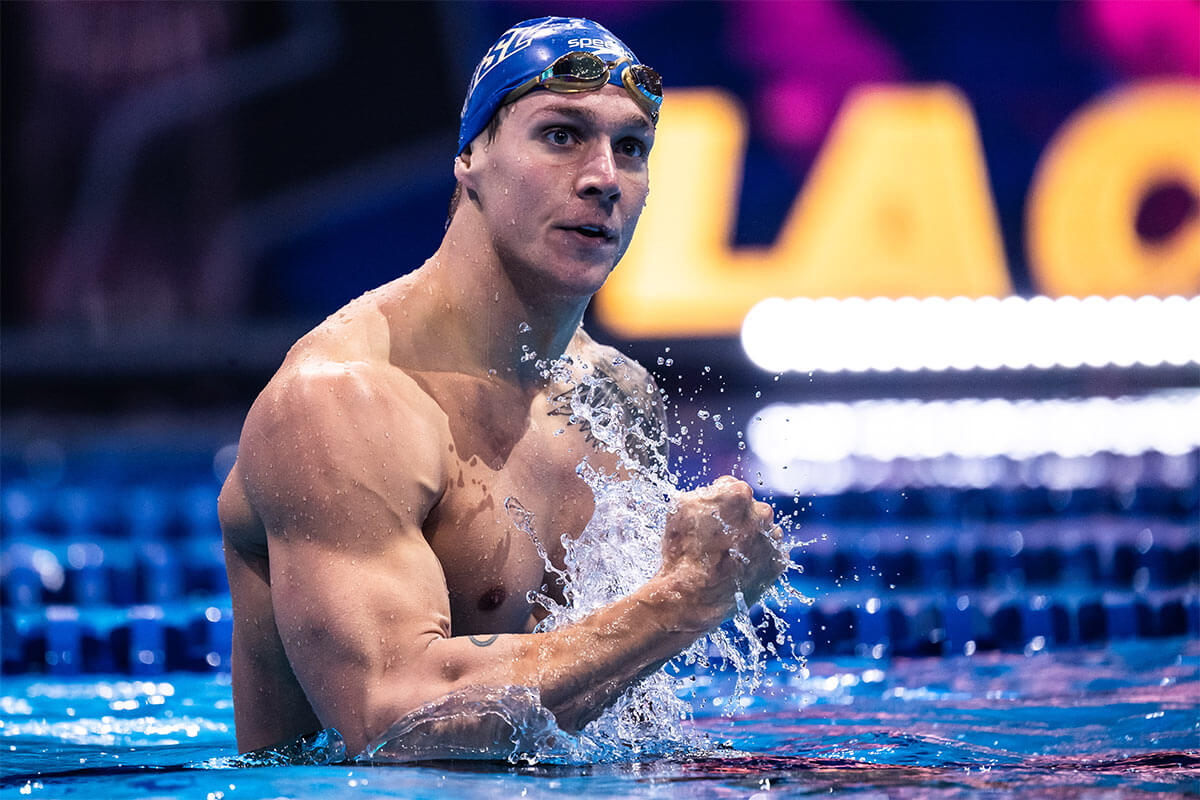 The two-time Olympic gold medallist currently holds the world record for the short course 50m freestyle when posting a time of 20.16 last weekend at the ISL finals in Budapest and will wear the suit to help celebrate the 20th anniversary of their Fastskin suit series.

Since Dressel posted a teaser image on social media, fans have speculated whether he could become the first man to ever break the 20-second barrier.

Suits that were not completely made from textiles were outlawed in 2010 after 94% of swimming gold medals in the Beijing Olympic Games were won by athletes wearing the Speedo Fastskin LZR Racer, which hugged the body up to 70 times tighter than other suits.

Swimming in approved suits, Dressel has already beaten both the winning time of the 2008 Olympics and the final short course world record to be achieved in the Fastskin LZR Racer body suit. Now, in a bid to experiment and continue to be at the forefront of innovation in the sport, Dressel and Speedo will team up to explore what would be possible were the athletes of today permitted to wear the suit.

Since their launch in 2019, Speedo’s latest Fastskin suits – Pure Valor and Pure Intent – have been worn for 63% of all world records broken, with Dressel himself smashing the world record for the 100m individual medley at the International Swimming League earlier this month when he became the first person to break the 50-second barrier in that event. Speaking about the event, Dressel said: “I’m looking forward to racing in this historic suit and really excited that Speedo has put this event together. I’m not sure what to expect time wise but I am confident I can put together a well-executed race and we’ll see what happens. I was too young to experience the hype of the LZR Racer, but I feel I am part of it now. Speedo has always been the front runner in swimming and I am always proud to be partnered with a brand that continually pushes the boundaries of innovation.”

Gregg Troy, Olympic gold medal-winning coach to Dressel, said: “The Speedo LZR Racer suit was not only an aid to competition but allowed athletes to expand what they thought was possible in the pool. It helped athletes know more about body position, controlling speed and the importance of a strong core. It broke through the glass ceilings over the sport.”

“We’re all really excited to see how fast Caeleb can go in this suit and it is another opportunity for him to leave a mark on the sport.”

Rob Hicking, Brand Director at Speedo, added: “The impact of the Speedo LZR Racer suit remains a seminal moment in the world of swimming - known as the ‘Super Suit’ era. We have always been committed to finding an edge for our swimmers and have tried everything from sharkskin modelling to testing alongside NASA in the past 20 years under our Fastskin banner.”

“We've all seen swimmers get stronger and faster in the water and have only speculated about what could be achieved if technological advances were not restricted. We’re really excited to find out what's possible. It’s been a tough year for swimmers around the world and so we hope this can provide some inspiration as people start getting back into the pool.”

Speedo will release footage of Dressel’s attempts in a specially-commissioned video which will be published across its social media channels at 4am AEDT on December 11th (5pm GMT Dec 10th).