Read the highlights from Speedo on the Commonwealth Games 2022 in Birmingham.

With the Swimming week at the Commonwealth Games done and dusted, we wanted to highlight the impressive performances of our Team Speedo Athletes in Birmingham:
29 Individual Medals
13 Gold Medals
6 Silver Medals
10 Bronze Medals
20 Relay Medals

After a Commonwealth record last night in the 800m we knew Ariarne Titmus was on form. In a high-pressure race, she fell a little shy of her world record but set a new Games Record in the process of winning Gold giving her the 200/400/800 clean sweep. Erika Fairweather came back like a train on the last 100m but just missed out on a medal with Lani Pallister close behind in 5th.

In the second to last race for both Mollie O’Callaghan and Kaylee McKeown, they kept their medal momentum going by winning Silver and Bronze respectively.

In 1500m, swimmers tend to swim the race as 3 x 500 m where they can build the pace in 3 stages. For the first 500m, Sam Short swam alongside his competitor and tried to pull away gently on the 2nd but it was still close. It wasn’t until the 3rd 500m where he had to put in a little more “ oomf” and came away with the Gold.

In the second to last relay of the Games, where Australia were hoping to win every relay at the Games, England stole the show and pipped Australia to the post by 8/100ths of a second. The home crowd definitely had a hand in this win- roll on Melbourne 2026! Zac Stubblety-Cook was the only Speedo Ambassador in this relay and he came away with a Silver.

Chelsea Hodges won her 2nd Bronze medal of the Games and as the fastest Australian, this will secure her place in the highly anticipated medley relay tomorrow. Australia have won all the relays and they are determined to win the lot.

After a hugely disappointing 2021 where Lizzy Dekkers just missed the Olympic Team, things not only just looked brighter but shone the brightest as she won Gold in the 200m Butterfly. Having only just left school last December, this is only the beginning for the youngster. Brianna Throssell gave it her best shot in what she promises to be her last 200m butterfly and won the Bronze to add to her medal in the 100m.

As predicted, it was a 1-2-3 for Australia but maybe not in the order we all expected. Mollie O’ Callaghan roared down the last lap overtaking both Shayna Jack ( Silver ) and Emma McKeon ( Bronze ). Mollie’s parents were interviewed in the crowd and her mum was speechless – she couldn’t get a word out and it was just so real. Mollie now this year has become World and Commonwealth Champion and Emma’s bronze equalled the record held by Chad Le Clos of South Africa as the most decorated Commonwealth Medallist.

A “raw” Cody Simpson who has been described to still be on his “L’ plates in terms of swimming, came a creditable 5th in the final. An incredible achievement for someone who still has so much to learn in terms of international swimming.

Paralympic Champion Will Martin narrowly missed out on a medal in the S10 category of Para Swimming. Will is categorised S9 and in Para Sport, the lower the number, the greater the degree of impairment so to come 4th in this field against athletes who are in the S10 category, Will should be pleased with his result.

With no breaststroke events for Keira Stephen’s category at these Games, she switched events to ensure she would make the Team. Lagging a little behind after the first 100m, she used her strong breaststroke to pull into medal contention and became the eventual Bronze medallist.

The depth in Australian Women’s distance swimming was on show tonight as Australia went 1-2-3 with Ariarne Titmus swimming faster than she did in Tokyo and breaking the Commonwealth Record and Lani Pallister breaking the 8 in 20 sec barrier for the first time and winning the Bronze.

As Australia continued to dominate in the relays, so far winning every one, including this one, Emma McKeon became the most decorated Commonwealth Medallist of all time with a career total of 19. Speedo Ambassadors Kaylee McKeown and Zac Stubblety-Cook were also members of this relay adding to their golden collection. Attempting double Gold tonight, Kaylee McKeown started her campaign by winning the 200m Backstroke in a Games Record with what looked like an easy first 100m. Minna Atherton back to form just missed out on a medal but the result should fuel her with confidence to stick at it to reach her ultimate goal of becoming an Olympian in 2024. Fun fact- every swimmer in this race was in a closed back Valor !

Less than 50 minutes later, Kaylee McKeown was back in the pool and from an outside lane, gave it her best shot to win Gold but came a smidgeon shy winning the Silver. In the time between the 2 races, Kaylee had to fit in a chat to her coach, a warm down and a medal ceremony which meant getting all dressed up in a yellow and gold tracksuit whilst damp and then undressed again ready to race! To add to how great this attempt was, the eventual gold medallist was the great 16 year old Double World Champion, Summer McIntosh from Canada who won in a World Junior Record.

With Elijah Winnington leading off the relay and Mack Horton in anchor, the Aussie Team stormed to victory in a Games Record. With Great Britain at the Commonwealth Games swimming as 4 different countries, England, Scotland, Wales and Northern Ireland, it made it an exciting race for the minor places with some big names spread across Teams.

Emma McKeon made history in the pool tonight by winning her 11th Commonwealth Gold Medal, making her the most successful Gold medal-winning athlete in Commonwealth Games history. She shot off the blocks leading the whole way to win Gold in 23.99 seconds. Emma only has to add 3 more medals to her tally to break another record later in the week of the most Commonwealth medals of any colour won by an athlete. This is entirely possible! What was always going to be a great race between World Record holder, Kaylee McKeown and Former World record Holder, Kylie Masse, Speedo Canada Ambassador and it didn’t disappoint. The race developed in a cat and mouse fashion with Kaylee coming out on top for the Gold. Minna Atherton showed her world class start and turn skills but couldn’t quite reach the podium coming in 4th. In the biggest upset of the night, the great Adam Peaty Speedo UK Ambassador who has not been defeated since 2014, was relegated to 4th place. The noise in the aquatic centre was pretty insane as Englishman James Wilby and Zac Stubblety-Cook stormed past Peaty in the last 10m with Wilby winning Gold and Zac the Silver. A historical moment but on a side note, we need to remember Adam Peaty had broken his foot a few months ago and had only practiced his first dive just 2 weeks ago. This is Sport and sport can be cruel at times.

Emma McKeon qualified comfortably for tomorrow night finals in fastest position even though she held back a little as her 50m Freestyle final was not long afterwards. To win another historical Gold medal, Ariarne Titmus anchored the relay finishing 12 seconds ahead of the silver medallists. Mollie O’Callaghan, Kiah Melverton and Madi Wilson all wearing SPEEDO broke the World Record, claiming it back from the Chinese who had taken it from the Australians in Tokyo. A great end to a great night of swimming.

After missing out on a World Championship spot, Chelsea Hodges had time to reflect and focus on the Commonwealth Games. With a blistering 30 second 50m Breaststroke, she grabbed a satisfying Bronze.

Both Elijah Winnington and Mack Horton attempted a difficult backup from yesterday’s 400m Final and with the home crowd behind the eventual Gold and Silver medallists, Elijah dug deep for the Bronze with Mack just behind in 4th. This result shows promise for a top 2 place in the 4 x 200 relay on day 4.

FACT: Emma McKeon had to settle for her first ever Individual Silver at a Commonwealth Games, all the others so far being Gold or Bronze. Emma was pipped at the post by Olympic Champion from Canada and Brianna Throssell followed for the Bronze.

Mollie O’Callaghan and Emma McKeon added to their individual medals so far at this meet by winning Gold in the relay. Australia were 6 seconds in front of the rest of the field and just shy of the World Record. With no Speedo Ambassadors in this race, Australia were pushed all the way by England (and a roaring crowd) to Gold.

Although not an Ambassador, special mention goes to Braedan Jason, brother of the great Jordan from the Queensland Team who came 4th. In true "Jason" fashion, Braedan showed his graciousness by congratulating his competitors despite having just narrowly missed out on a medal.

Emma Mckeon qualified comfortably for the final tomorrow night but it won't be an easy win. Champions are there to get beaten and there are a few young guns on her toes.

Kaylee McKeown and Minna Atherton both made it through to tomorrow night’s final in 2nd and 5th positions. Again, Champions are there to be beaten and Kaylee will have the former Canadian World Record holder to challenge her for Gold.

Once again, with the crowd going crazy for local Adam Peaty (Global Team Speedo), Zac Stubblety-Cook used the noise to his advantage to bring him home strongly to qualify him for the final tomorrow night.

What a start to the swimming in Birmingham with Australia and Speedo Ambassadors nailing a 1-2-3 in the 400m Freestyle. Elijah Winnington led from the start in his usual style under World Record pace for the first 300m, just dropping off in the last 100m and having to fight off gutsy Sam Short to win Gold. Sam in his first International final won Silver and Mack Horton won Bronze. What a year so far for Elijah being crowned both World and Commonwealth Champion. Another 1-2-3 in this event for Australia with Speedo Ambassador’s Ariarne Titmus and Mollie O’Callaghan winning Gold and Silver. Ariarne was out in front for the first 150 m but didn’t have it all her own way as Mollie pushed her to the end raising the crowd to their feet. Erika Fairweather from NZ was 5th in a best time with her best event to come on Day 6.

World Record Holder, Zac Stubblety-Cook was surprisingly pushed all the way by defending Champion James Wilby but managed to pull away in the last few metres to win Gold. Zac is now Olympic Champion, Commonwealth Champion, World Champion and World record Holder! Matt Wilson agonisingly missed out on a Bronze but looked more like his old self in the race, having not been on great form lately.

Winning yet another Gold, Australia had a close race for the first half of the race but Mollie O’ Callaghan and Emma McKeon pulled away from a strong England to secure the win.

In his 1st International Competition, Cody Simpson qualified for the semi-final but missed out on a Final spot coming in 14th.

Emma McKeon and Brianna Throssell are both through to the final tomorrow night in a comfortable position to win medals. 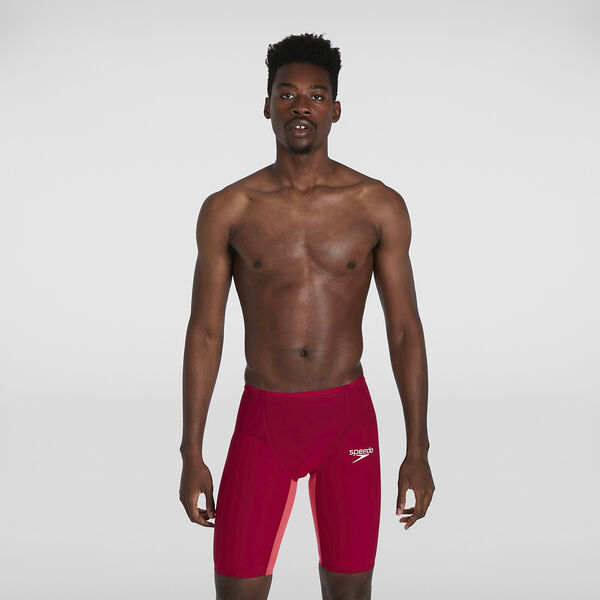 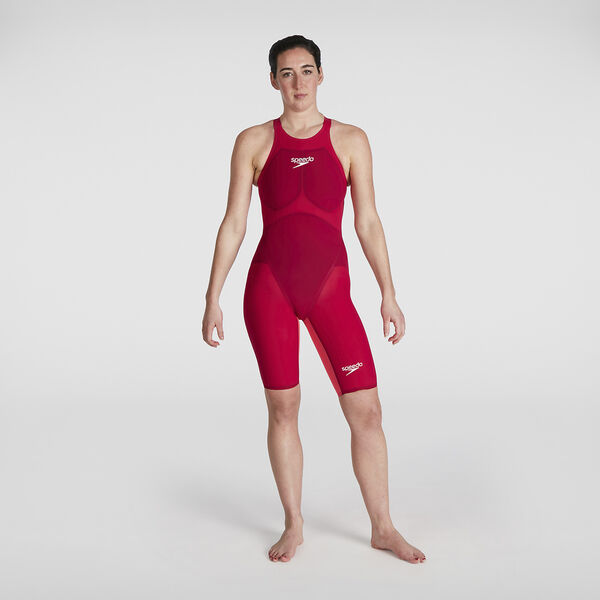 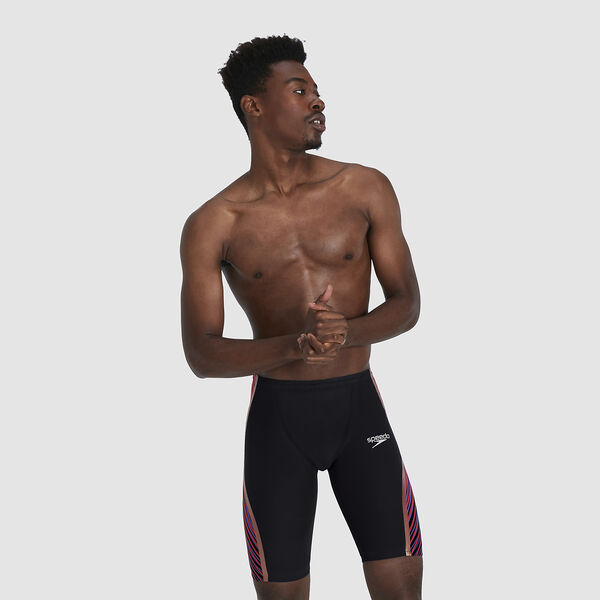 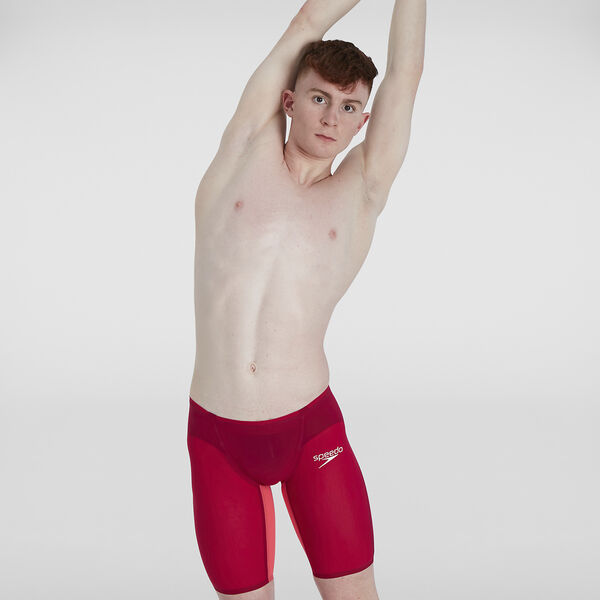